Today, we learn about a dance that we often see during Chinese New Year and other important occasions in Chinese communities. As I said – we often see this type of performance, but how much do we really know about this tradition?

What I Learned About CNY: “Lion dances are common during Chinese New Year.  It is believed that the loud beats of the drums and cymbals chase away the “Nian” creature and welcome a safe and auspicious new year.” -YEO’s poster 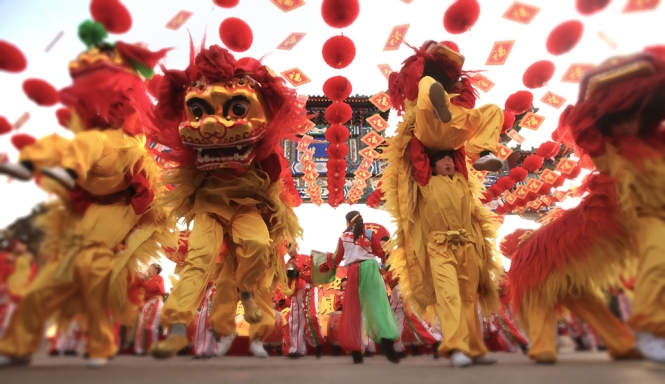 Learn about the mythical creature NIAN

Check out this preview of the movie LION MEN, featuring a new take on the traditional Lion Dance- combining it with hiphop.

So do…remember to be curious about other cultures and respect their traditions as much as you would like them to respect your own. Remember it takes all kinds of people ( & all kinds of dances too) to make a world!

This entry was posted on February 6, 2015 by Paulina Constancia in Communicate and tagged celebrations, dance, myths & legends, world cultures.