What are ghost nets?
Info via Wikipedia

“Ghost nets are fishing nets that have been left or lost in the ocean by fishermen. These nets, often nearly invisible in the dim light, can be left tangled on a rocky reef or drifting in the open sea. They can entangle fish, dolphins, sea turtles, sharks, dugongs, crocodiles, seabirds, crabs, and other creatures, including the occasional human diver. Acting as designed, the nets restrict movement, causing starvation, laceration and infection, and suffocation in those that need to return to the surface to breathe…” Read more

“Experts say up to 14,000 turtles could have died at the Gulf of Carpentaria, northern Australia in the last nine years…”via Daily Mail

The Idea: Ghost Net Art
The Menace is the Medium is the Message
Ghost nets kill huge numbers of marine animals in the Gulf of Carpentaria and Torres Strait (via). On the remote Darnley Island (Erub) fisher folks have found a good use for the deadly material that shows up on their shores everyday —beautiful art inspired by local folklore. Provides employment to locals and sends out a powerful message to the world as these pieces are now displayed in major museums.

“Ghost net art has proven to be a great vehicle for alerting the general public to the damage that ghost nets inflict on the marine environment.

Even before GhostNets Australia started working with indigenous rangers to clear Australia’s northern coastline of ghost nets, people were using them for diverse purposes. In various northern Australian indigenous communities you might see ghost nets being used as screens on verandahs, adorned with shells and glass or plastic floats, or as fencing for chook pens. Fishing and yam bags were made from pieces of net found washed up on beaches. 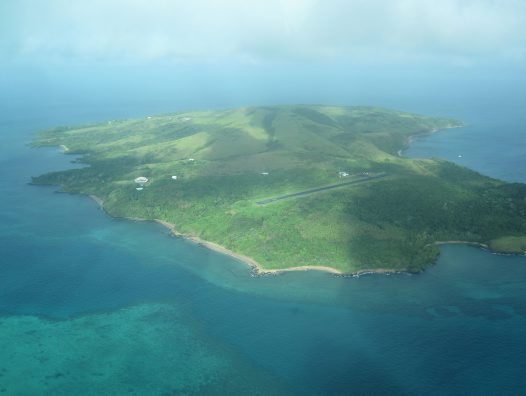 This single ghost net collection by Dhimuru rangers was a 6-man job!
Image from Ghost Nets Australia on Facebook

“Rope, floats and ghost net that has been sorted and placed around the Erub Erwer Meta art centre before being used in new ghost net works.”
Info and Image from Australian Museum
Photography by Rebecca FisherRights:© Australian Museum

Sorting Other Nets and Ocean Debris for Art Making 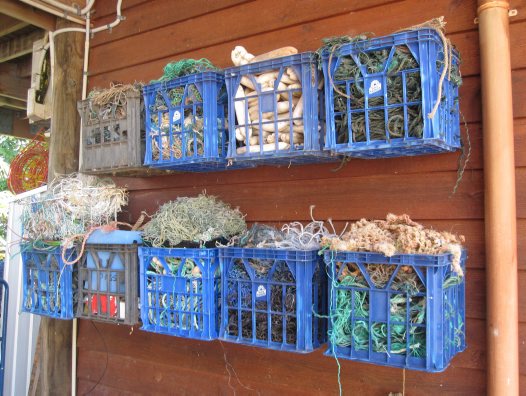 Ghostly art, made from debris that menaces marine life

So do…take inspiration from how the fisher folks of Darnley Island (Erub) have turned an ocean menace into an art medium with a powerful message to the world. And may we all heed their call by doing our part in caring for our ONE ocean. Start with one simple step – know the facts about ocean-bound rubbish, and take action! Did you know that 70% of plastic ends up in the sea? (Info from WWF)

“Plastic particles in the oceans attract toxins. These enter the food chain; we are at the top of that food chain.” Read more on plasticoceans