Today we feature British artist Tom French. In his works, the image of skulls and lovers make a constant appearance. I invite you to squint, linger and perhaps guess the story behind his pieces.

Does passion to him
mean weakness, ruin and death?
Or is he saying-
in this skull lived a human
brought by tenderness-
love, lust whatever it was. 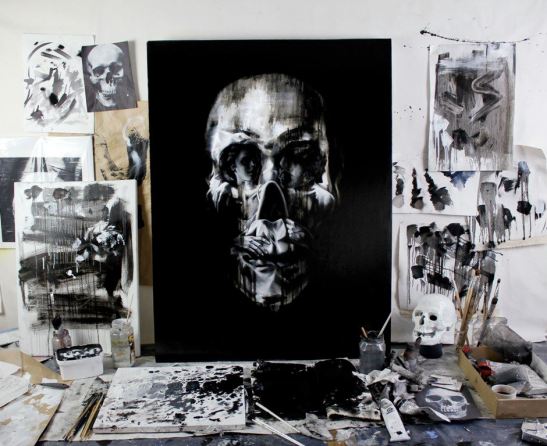 A Little About the Artist TOM FRENCH

Born in 1982, Tom French grew up in Newcastle upon Tyne, North East England. Tom began his studies at the Newcastle School of Art and Design and went on to graduate from the Sheffield Institute of Art and Design achieving a first class BA Honours in 2005. His works are predominantly figurative. He carefully combines detailed photorealism with strong elements of abstraction and surrealism, focusing on the reflection of the conscious and subconscious mind.

French’s work often treads the fine line between the beautiful and unsettling, combining technically tight, classical charcoal drawings with carefree, loose and ostensibly unfinished abstract forms. By fusing the technical with lively abstraction French brings life and movement to his compositions. His work seamlessly merges the use of academic tradition with contemporary urban realism.  Artist’s Profile via zerocoolgallery

Here are some of his visual puns on lovers and skulls
from the Don’t Look Back exhibition, 2012 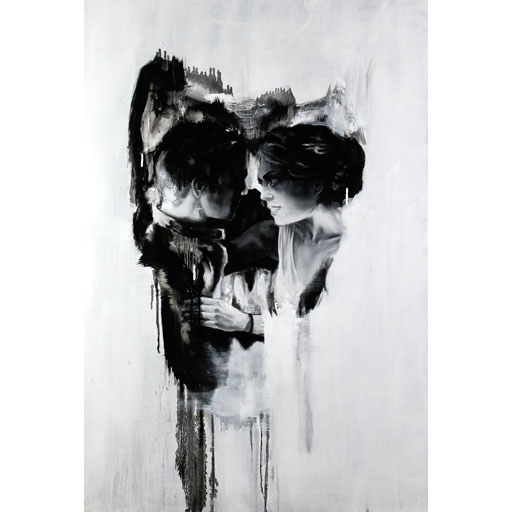 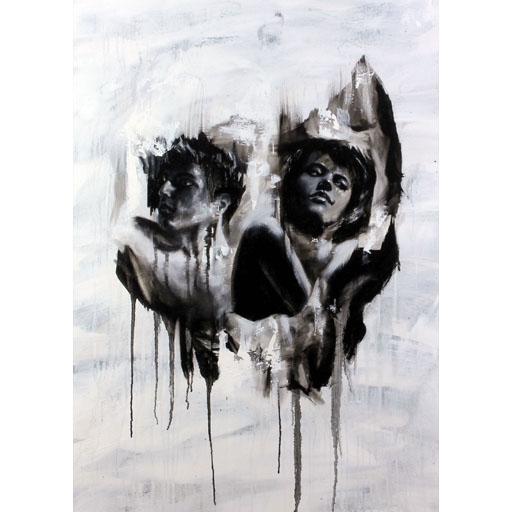 I started this feature guessing as to what could be the motivation and purpose behind Tom French’s art.  As I search the internet for clues, I discovered that  Tom French has continued working on his Duality series, exploring his dynamic skull motif.  With his more recent works and exhibition, the gallery as well as Tom French himself share these interesting details:

“The figures within his paintings reflect the conscious mind, interacting with people and going about their business, unaware of the bigger picture – the face or skull – which reflects the unconscious mind – the instinctual, yet hidden, human drives which shape our actions.” – Lawrence Alkin Gallery

“Though many of the works appear initially sinister, this is not always the case – encouraging a sense of self awareness and mortality can in fact be quite liberating.” – Tom French 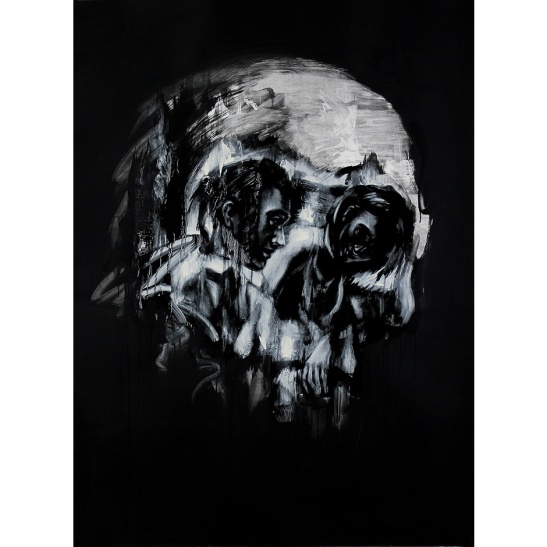 So now that I know more, I shall continue with the poem that I started:

Alas, Tom shares more
of the stories of his skulls!
Although at first glance,
his work seems dark and eerie.
Tom encourages
awareness of self and death.
And says it will bring
some light and liberation.

So do… as Tom French encourages, be more self-aware.: what you’re about, why you do what you do and be reminded that your time here is finite. So do what you have to do the best way you know how and be truly present in the NOW.

This entry was posted on October 30, 2014 by Paulina Constancia in Create, Imagine and tagged Creative Professionals, painting, poetry.