Today we read passages from the Book of Genesis that mention the snake (serpent)  and the ladder. We also take a look at some interesting interpretations of these passages by different artists from different times.

SNAKES & LADDERS
from the Book of Genesis

1. The Snake (Serpent)
as mentioned in Genesis 3
(or better known as The Temptation and Fall of Man)

Now the serpent was more crafty than any of the wild animals the Lord God had made. He said to the woman, “Did God really say, ‘You must not eat from any tree in the garden’?”

“You will not certainly die,” the serpent said to the woman.  “For God knows that when you eat from it your eyes will be opened, and you will be like God, knowing good and evil.”

When the woman saw that the fruit of the tree was good for food and pleasing to the eye, and also desirable for gaining wisdom, she took some and ate it. She also gave some to her husband, who was with her, and he ate it. Then the eyes of both of them were opened, and they realized they were naked; so they sewed fig leaves together and made coverings for themselves.

Then the man and his wife heard the sound of the Lord God as he was walking in the garden in the cool of the day, and they hid from the Lord God among the trees of the garden. But the Lord God called to the man, “Where are you?”

He answered, “I heard you in the garden, and I was afraid because I was naked; so I hid.”

And he said, “Who told you that you were naked? Have you eaten from the tree that I commanded you not to eat from?”

The man said, “The woman you put here with me—she gave me some fruit from the tree, and I ate it.”

Then the Lord God said to the woman, “What is this you have done?”

The woman said, “The serpent deceived me, and I ate.”

So the Lord God said to the serpent, “Because you have done this,

“Cursed are you above all livestock and all wild animals!
You will crawl on your belly and you will eat dust all the days of your life.
And I will put enmity between you and the woman,
and between your offspring and hers;
he will crush your head, and you will strike his heel.” 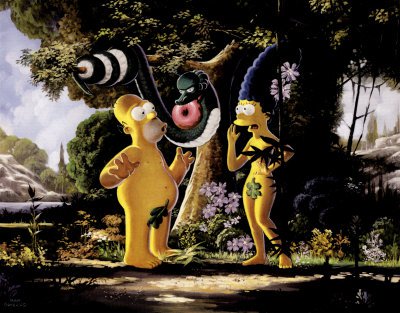 Adam and Eve
By Basheera Designs
Image via chacha 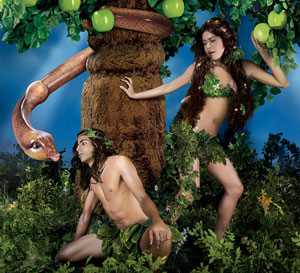 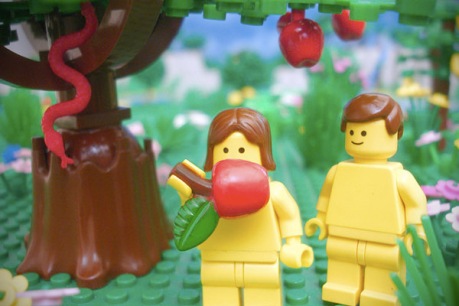 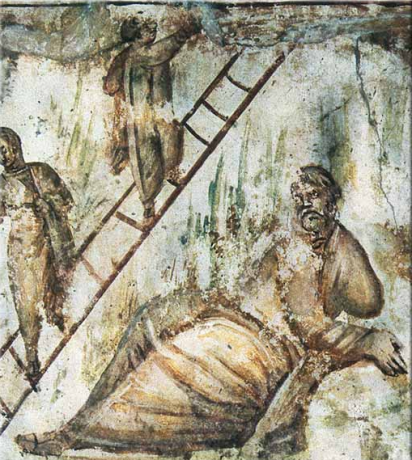 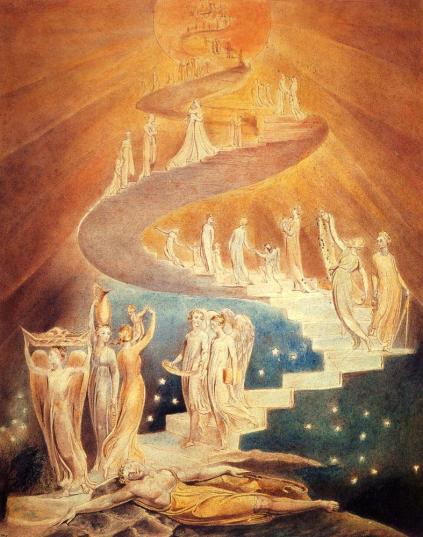 Jacob left Beersheba, and went toward Haran. He came to the place and stayed there that night, because the sun had set. Taking one of the stones of the place, he put it under his head and lay down in that place to sleep. And he dreamed, and behold, there was a ladder set up on the earth, and the top of it reached to heaven; and behold, the angels of God were ascending and descending on it! And behold, the Lord stood above it [or “beside him”] and said, “I am the Lord, the God of Abraham your father and the God of Isaac; the land on which you lie I will give to you and to your descendants; and your descendants shall be like the dust of the earth, and you shall spread abroad to the west and to the east and to the north and to the south; and by you and your descendants shall all the families of the earth bless themselves. Behold, I am with you and will keep you wherever you go, and will bring you back to this land; for I will not leave you until I have done that of which I have spoken to you.” Then Jacob awoke from his sleep and said, “Surely the Lord is in this place; and I did not know it.” And he was afraid, and said, “This is none other than the house of God, and this is the gate of heaven.
Afterwards, Jacob names the place, “Bethel” (literally, “House of God”). 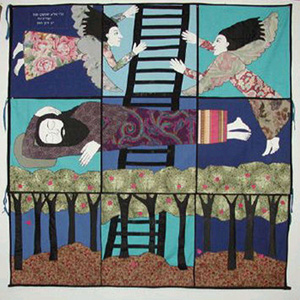 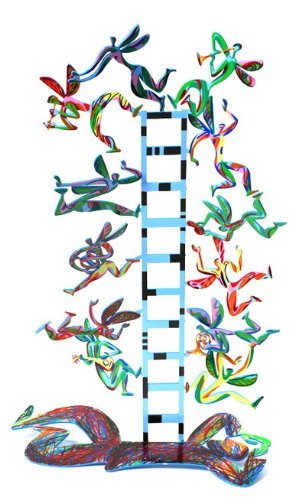 o do…read the book of Genesis (‘the book of beginnings’), no matter what your religious affiliation may be. And like the artists featured here, you may feel inclined to make your own personal interpretation of the passages.

This entry was posted on October 21, 2014 by Paulina Constancia in Create and tagged painting, world faiths.