We continue with “The Bamboo House” series. Today, we look into the marvelous structures designed by Simón Vélez, a prize-winning Colombian architect, and the most eminent proponent of bamboo as an essential building component.

Life and Work of Simón Vélez
from Wikipedia
The son and grandson of architects, Simón Vélez was born in Manizales, Colombia, in 1949.He began his career forty years ago.
Vélez has created joinery systems that utilize bamboo as a permanent structural element in both residential and commercial structures. For four consecutive years. he has been invited by the Vitra Design Museum and the George Pompidou Center to conduct workshops in France in which structures of bamboo-guadua were built as an instructive exercise.

For Expo Hanover 2000, he designed and constructed a 2000-square-meter bamboo pavilion for ZERI Foundation (Zero Emissions Research and Initiative). The structure utilized bamboo, recycled cement, copper, and a mixture of terracotta, cement and bamboo fiber panels. It was the first time in history that a bamboo structure received a building permit in Germany. His partner and financier, Gunter Pauli in this project committed to convert bamboo as the symbol of poverty into the symbol of sustainability. With 6.4 million visitors it did become the most popular pavilion of the World Expo.

Crosswaters Ecolodge, China
Image Source
He recently participated in designing Crosswaters Ecolodge, the first ecotourism destination in China in the forests of Nankun Shan Mountain Reserve, in the Guangdong Province. It the largest project in the world to the use bamboo in a commercial project, and the first project of this scale in Asia to use bamboo as a structural element in a dwelling. The project received the American Society of Landscape Architects 2006 Analysis and Planning Award of Honor.
To date, Vélez has designed bamboo buildings in Germany, France, the United States, Brazil, Mexico, China, Jamaica, Colombia, Panama, Ecuador, and India.
His most current project is the Zócalo Nomadic Museum in Mexico City, which houses Gregory Colbert’s “Ashes and Snow.”
In December 2009 he received The Principal Prince Claus Award for his contribution to a positive interaction between culture and development. This prestigious Dutch award, founded by the Royal Prince Claus(†), has a price of €100,000. Since 1997 the Prince Claus Awards are presented annually to artists, thinkers and cultural organizations in Africa, Asia, Latin America and the Caribbean.

Collaborating with Sanjay Prakash, and in partnership with Pradeep Sachdeva, Simon Velez participated in EXPO 2010 Shanghai China as part of the team for the Indian pavilion. 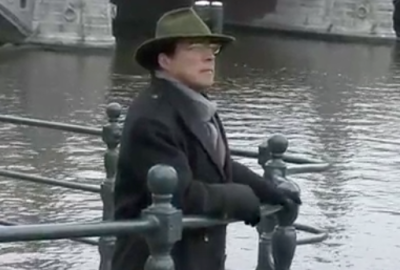 Watch this feature about Colombian architect Simon Velez
Velez has more then 40 years experience working with bamboo as a building material. He has won the 2009 Dutch award, the Prince Claus Prize, and RNW spoke to him when he visited Amsterdam. 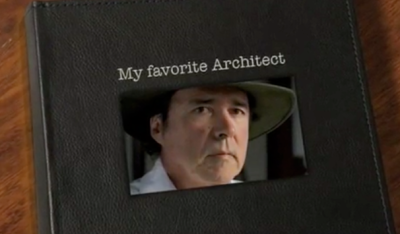 See some of the most amazing bamboo structures that
Colombian Architect Simon Velez has created
Check out this book on AMAZON: “Grow Your Own House: Simon Velez and Bamboo Architecture”

This entry was posted on November 12, 2012 by Paulina Constancia in Uncategorized.