One of the joys of parenthood is reading and singing nursery rhymes. It makes you feel young again. If your day is not going so well and you see your child smile to that rhyme or tune, your mood changes and your troubles seem to just disappear.

This week I bring you “Rhyme & Reason”. I share with you the stories behind some of the most familiar nursery rhymes. However, a lot of them are not suitable for your little one. You might want to just keep the tale to yourself.
Today we look into the the nursery rhyme, “Rain, Rain Go Away”.
Rain rain go away,
Come again another day.
Little Johnny wants to play;
Rain, rain, go to Spain,
Never show your face again!
The origin of the lyrics to “Rain rain go away”  is said to date back to the reign of Queen Elizabeth I (1533-1603), one of the English Tudor monarchs. During this period of  English history there was constant rivalry between Spain and England culminating in the launch of the Spanish Armada in 1588. The Spanish Armada consisted of many Spanish galleons and was sent to invade England.  The Armada was led by Duke of Medina Sedonia and the the fleet numbered over 130 ships. The English fleet, under Admiral Lord Howard, totalled 34 small Navy vessels and 163 armed merchant ships.
But the great Spanish Armada was defeated. Only 65 Spanish galleons and just 10,000 men returned to Spain. The attempt failed, not only because of the swift nature of the smaller English ships but also by the stormy weather which scattered the Armada fleet. Hence the origin of the “Rain rain go away” Nursery rhyme! 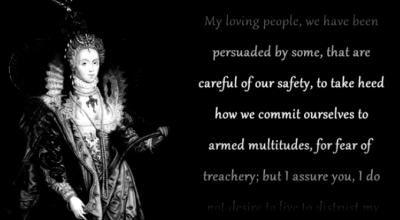 This entry was posted on October 8, 2012 by Paulina Constancia in Uncategorized.