The Art & Science of ROBOTICS (1) – A Brief History

Welcome to a new week on Daily Dose of Art! Last weekend, as I was enjoying some leisure time with my family, I came face to face once again with a robot on display at The Better Gift Store in Ngee Ann City on Orchard Road here in Singapore. I asked myself- how much do I really know about robots.. my honest answer was NOT MUCH!
So this week join me as I delve into “The Art & Science of ROBOTICS”.
Today, I bring you “A Brief History of ROBOTICS” with the hope that this will entice you to learn more about this fascinating world which is very much a part of our own. Who would have thought that when the Greek philosopher Aristotle said: “If every tool, when ordered, or even of its own accord, could do the work that befits it… then there would be no need either of apprentices for the master workers or of slaves for the lords.” he was predicting the advent of Robots! 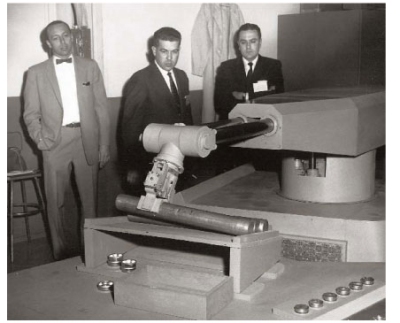 A Brief History of Robotics

“ROBOT”
on display at The Better Gift Store
Ngee Ann City, Orchard Road, Singapore
Here are some quotes about Robots
to ponder on…
Quotes Source
“The machine has no feelings, it feels no fear and no hope. It operates according to the pure logic of probability. For this reason I assert that the robot perceives more accurately than man.”
—MAX FRISCH, Homo Faber: A Report
“At bottom, robotics is about us. It is the discipline of emulating our lives, of wondering how we work.”
—ROD GRUPEN, Discover Magazine, June 2008

This entry was posted on July 15, 2012 by Paulina Constancia in Uncategorized.